Sometimes people have a gift for creating things, and can create exquisite work out of ordinary pieces of wood.  This is a story about one of these people.

Don retired from the Air Force and started an antique shop in Yorktown, VA with his wife specializing in Scottish antiques.  They traveled to Scotland twice a year, bring back quality pieces and building a solid business that lasted 15 years (1986-2001).  In 1993, they bought three workbenches from an academy in Irvine, Scotland.  The tops on two of them were solid planks of Iroco (African Teak).  He wanted to use the benches in his workshop, so he took off the planks and put them away, hoping he could use them in a special project in the future.  The planks were 25″ x 78″, and just over 1″ thick.  The wood was aged to a beautiful chocolate color with a striking, figured grain.  In 2001 they closed their shop and moved to Tallahassee, FL where Don still does woodworking.  He brought the two pieces of Iroco along with him, certain that special project would come along soon.

Then, his daughter started a new job and needed a large desk for her home office.  Finally, he knew what to use the exotic wood for!  He built her a desk using one of the planks and a water stain made from black walnut husks.  For the finish, he worked with shellac and beeswax, applying 10-12 coats of the shellac and buffing between each coat with paper and steel wool then rubbing the entire surface with the beeswax.

He used Osborne’s Old English Country Dining Table Legs (part #1110) to complete the elegant look.  These legs give the table a graceful yet solid base, and the top block had plenty of room to easily attach the skirting and drawers on the desk.  The maple gave him a clear and smooth base to work on, that took the stain beautifully (as you can tell!).

He made an identical desk to give to his son, who happened to be born in the same town of Scotland the workbenches originally came from.  Talk about stories coming full circle!

To take a closer look at this leg, click HERE. 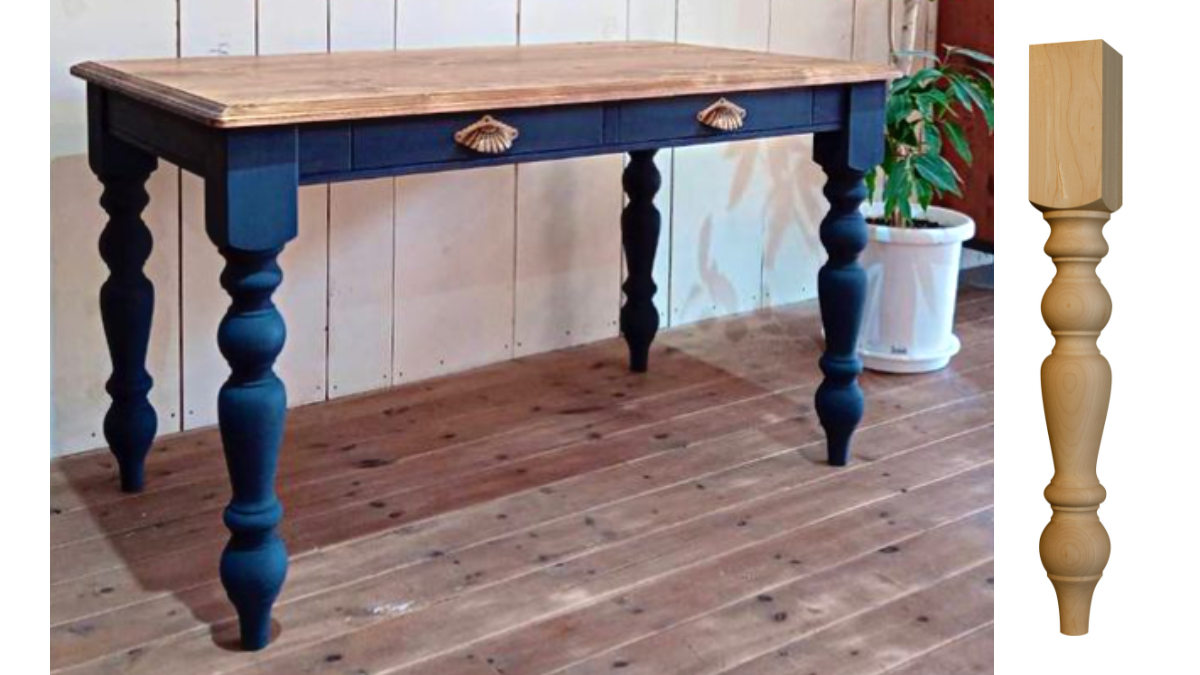 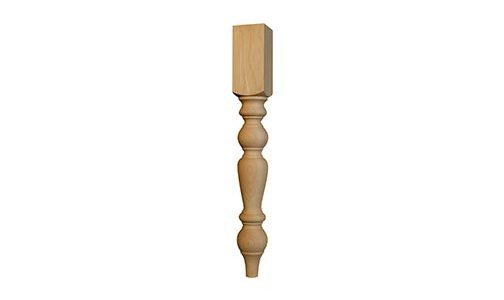 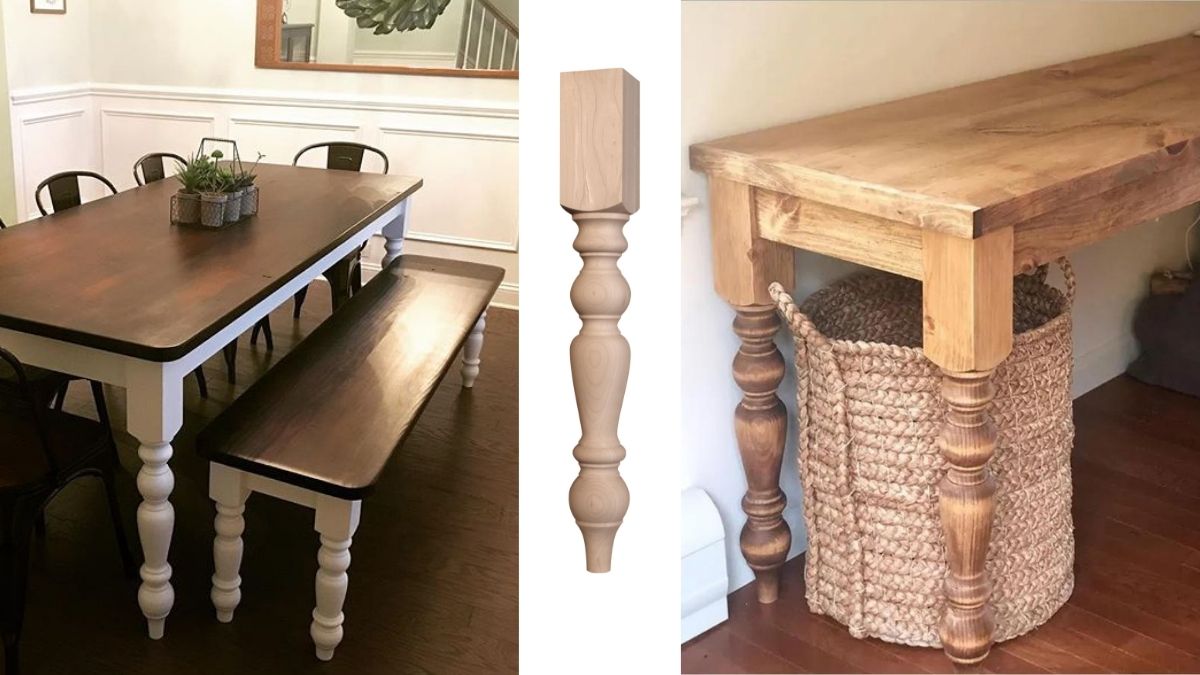